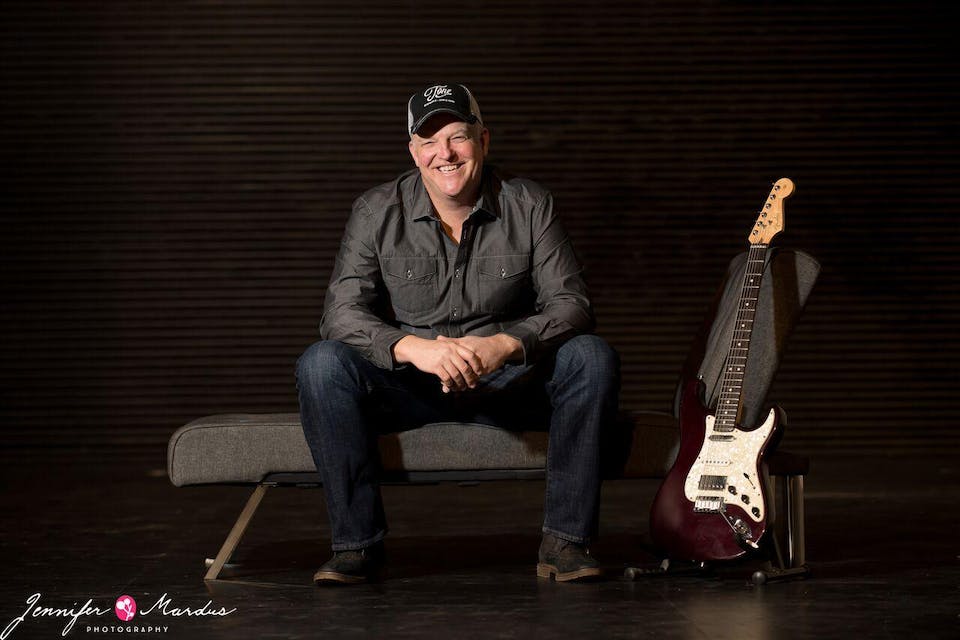 Entertaining audiences from his phenomenal guitar work to his incredibly impassioned lyrics and overall songwriting prowess - one thing has certainly become clear about Albert Cummings’ music: He is FAR MORE than simply just the guitarist or the bluesman he’s often painted as by fans and the media alike. He offers the complete package.

Though undoubtedly a masterful guitar player who burst onto the blues rock scene in the early 2000’s and almost immediately began gaining praise in that realm, his latest release “Live at the ‘62 Center” further portrays not only his versatility as singer/songwriter and live performer but as an artist first and foremost.

This comes to fruition in the true spontaneity and creative spirit of the album, in which he put together a newly formed version of his usual trio that afternoon of the October, 2016 recording. With longtime friend and Grammy Winner Jim Gaines behind the soundboard, what comes through in both sight and sound is an incredible journey into the live performance world and true artistry of one of today’s most seasoned musicians.

“His muscular guitar work is simply outstanding. He’s a great blues singer as well with passion for the tunes inherent in his full throttle approach.” - Rock and Blues Muse on Live at the ‘62 Center

Like many greats before him who’ve been painted into a corner as merely great blues players, or guitar players, or singers - Cummings seeks to rise above these labels and be praised for the devotion to his overall craft as a true musician. In artist terms - he’s sought to be known for the overall pallet of his music, rather than one specific color. From greats like Eric Clapton to the more recent stylings of John Mayer, his artistic integrity has allowed him to focus on the big picture, writing songs from the heart rather than catering to his specifics strengths as a singer, guitarist, or bandleader (all of which he does impeccably, however).

His musical journey began when young Albert first picked up a guitar - learning the requisite three chords from his father, but later switched over to banjo at the age of 12 after becoming a bluegrass fan. After hearing the early recordings of Stevie Ray Vaughan, he was impressed by the sheer virtuosity of the artist, and following his first chance to see him LIVE while in college in Boston he returned to the guitar with a new outlook and resolve.

At age 27, as he continued to grow in his newfound passion, he landed on the Northeast blues circuit with his first band Swamp Yankee. Then, in 1998, after walking into a Northeast Blues Society’s open jam, Cummings won the right to compete in the Blues Foundation’s International Blues Challenge the following year. By 2000, his debut single “The Long Way” was released to rave reviews, and began opening new doors for the artist.

His first big opportunity came in the form of a chance to work with Double Trouble, the late Stevie Ray Vaughan’s rhythm section. So taken with Albert’s fire and passion were bassist Tommy Shannon and drummer Chris Layton that they volunteered to play on and produce his solo debut recording, 2003’s self-released From the Heart. Recorded in Austin, Texas, it featured Cummings fronting Double Trouble (including Reese Winans) in their first recording project since Stevie Ray’s passing. Having began his musical journey in part due to Vaughan’s inspiration, it seemed Cummings’ passion had brought him full-circle.

Soon tours and shows with blues legends B.B. King, Johnny Winter, Buddy Guy and others brought Albert’s music to a much larger audience.

His second release, Working Man (2006), also produced by Jim Gaines, furthered a growing focus and maturity both in Albert’s stinging, incisive guitar work as well as in his fluently idiomatic songwriting - leading Billboard Magazine to exclaim “This recording is the calling card of a star who has arrived”.

2008 saw his first live album “Feel So Good”, recorded at the historic Colonial Theatre in Pittsfield, Massachusetts which has hosted everyone from Will Rogers to Al Jolson. The audience was so enthralled and supportive they became part of the performance in a way that’s rarely heard. As AllMusic put it, “It sounds like it was one hell of a party that night”. Music Connection also called it “one of the best live albums recorded in a long time”.

As he continued to grow, playing with the likes of legends from B.B. King (who called dubbed him “a great guitarist”), Johnny Winter, Buddy Guy, and many more - Cummings built on not only his all-around songwriting and musicianship but his guitar playing skill as well. Using his knowledge to give back to fellow guitarists wanting to advance in their craft, he released the instructional DVD “Working Man Blues Guitar” in 2011. His next album, 2012’s self-released “No Regrets” followed as a return to his true musical roots, poignantly capturing the core of his influences and displaying the impact that R&B, Rock, Soul, Country, and the Blues have had on both his playing and writing. It debuted at #1 on iTunes music charts in the USA, Canada and France.

2015’s “Someone Like You” was recorded in Southern California with Grammy-winning producer David Z. (Buddy Guy, Prince, Jonny Lang, Gov’t Mule) at the helm. Said Z, “Albert Cummings writes, plays and sings the blues like nobody else. What a blast to watch him jell in the studio with some of the best musicians in Los Angeles.” One of those musicians was Blind Pig label mate and leader of The Basic Cable Band on the Conan TV show, Jimmy Vivino, who performs on three cuts.

Now, as he continues writing and performing, relentlessly devoting effort to his craft, Cumming’s is ready to continue on his ever expansive musical journey. 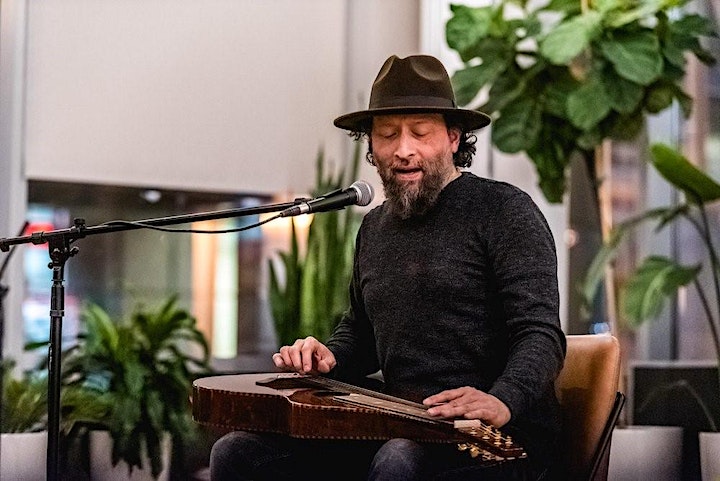 It’s been said that creativity takes courage, and self-expression is a way to show the world your inner soul. With a new group of songs and a new full-length album in the works, Bobby has let down his guard, and become more than the instrumentalist he gained a reputation for. He recently won a Wammie award (Washington Area Music Association) for best blues album, and although there are strong overtones of the blues in his writing, he sees himself now as a singer-songwriter, with a loud amp, and a strong band. He will as easily spend an evening entertaining a small listening room with his acoustic guitars and his songs, and the next night, he will have the dance floor packed grooving to the same songs with his band.

“I want to carry on the tradition, of blues and folk music, without mimicking, but with solid interpretation and writing. People like Taj Mahal, John Hammond Jr., and Mississippi John Hurt are top-shelf in my vinyl catalog. Lightnin' Hopkins and Townes Van Zandt were friends. Bob Dylan sang blues songs. Blues music and folk music are close relatives. That's the tradition I want to continue in with my songwriting and performances.”, Thompson states.

He is currently working on his 7th full-length album, with a promotional EP release in June, followed by east coast tour dates. Known for rarely slowing down, he’s fronted bands like Blueheart Revivial and Revelator Hill, and been a sideman for artists such as Justin Jones (930 Club Records), Laura Tsaggaris, and he once even toured with SOJA for three months back in 2009. He’s taken all he has learned, playing an array of musical styles, and packaged them into who is he is today: a quintessential rock’n roll performer, that doubles as acoustic singer-songwriter, easily balancing between the two.