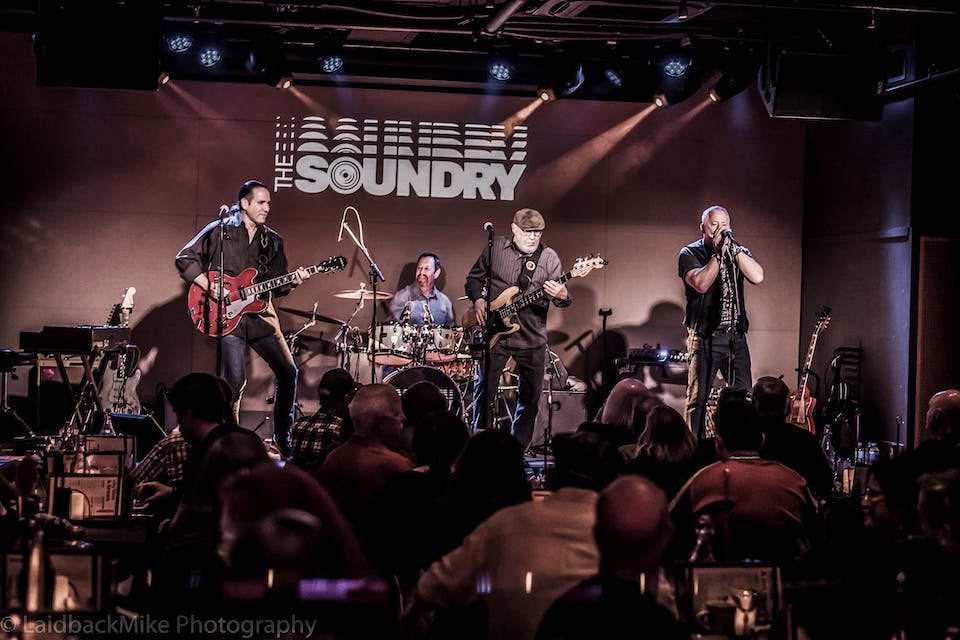 iCal
Google
Join the Bad Influence Band in celebrating the 1 year anniversary of their latest CD "Got What You Need" at The Soundry! 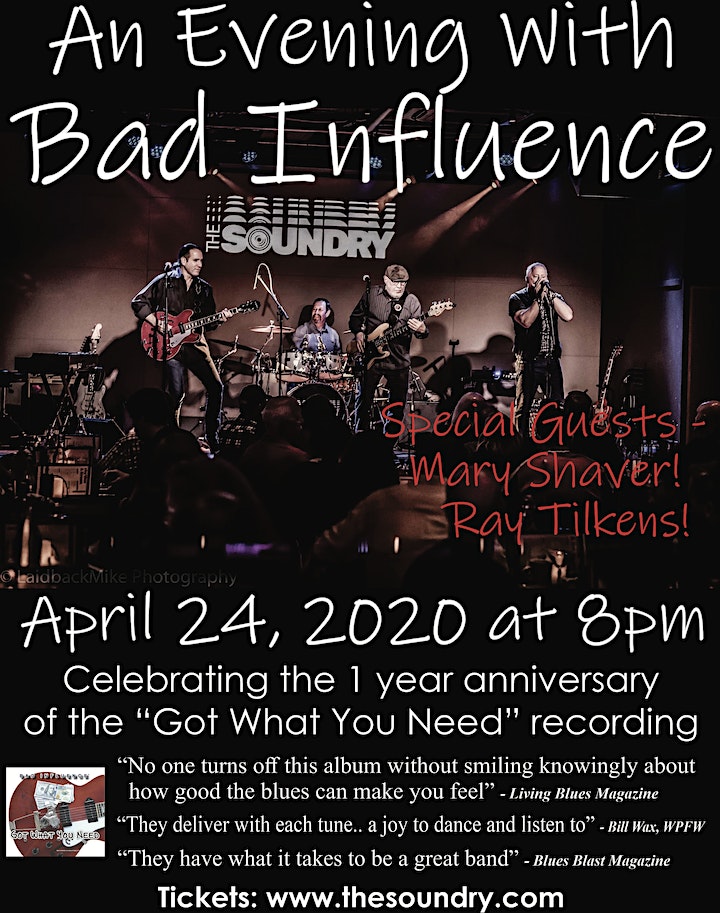 Staying at the apex of the mid-Atlantic region's competitive blues and roots music scene for a career that spans three decades isn't easy. But that's what Bad Influence has done.. even while extending their reputation across the country thanks to wildly entertaining, high-energy performances, extensive airplay and three well-received albums.

"The most important thing is that everybody has fun, the audience and us," explains bandleader Tash. "Whether we're playing an original song or a classic, we're going to put our hearts and souls into it in a way that people can hear, see and practically touch."

Check out why this band is a finalist for the 2018 Maryland Music Awards as Best Blues Band!