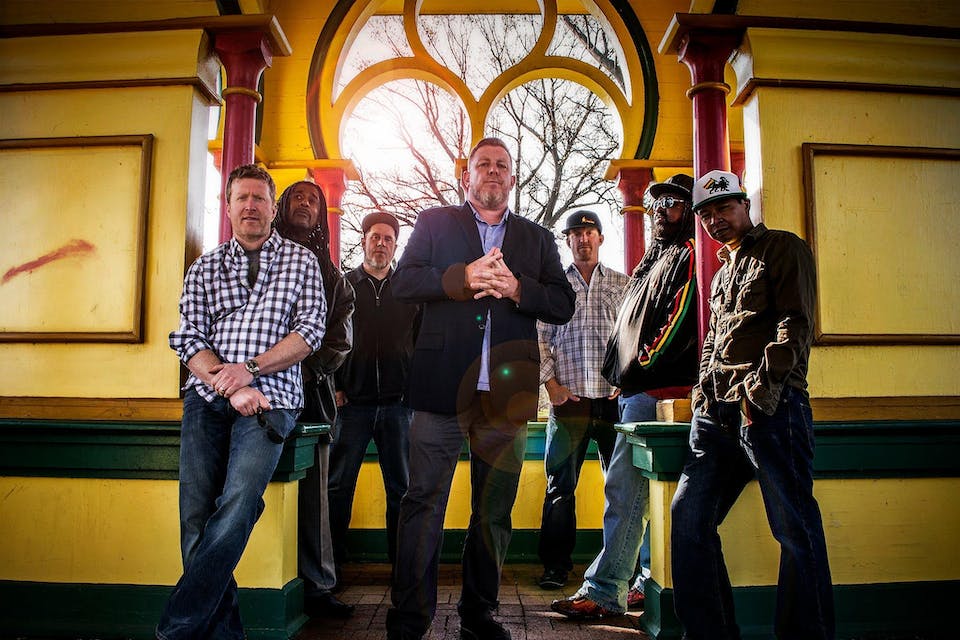 Jah Works is a true grassroots success story that emerged from Baltimore’s reggae scene over 20 years ago. This is music made by and for lovers of real, authentic reggae music. Consistently performing hundreds of shows a year worldwide, they have forged their sound in clubs, festivals and on the sun drenched beaches of Negril. Their sound is firmly planted in the roots of Jamaican music and culture, encompassing rock steady, reggae, and elements of dancehall and dub. What Jah Works does best is introduce the novice music listener to the fullness of reggae music and culture.

Strykers’ Posse, a.k.a. We & Dem have graced the stage as an opening band with National acts such as The Wailers, Burning Spear, Culture, Yellow Man, Tony Rebel, Kymani Marley, Yami Bolo, Judy Mowatt, Sister Carol, Sanchez, Sugar Minott, Abyssinians, Jr. Marvin of the Wailers, Toots & the Maytals, Third World, Maxi Priest and many others. This act is one that is high energy and refreshing to watch, especially when the frontline brings out the best in entertainment in and around the local scene and features sistrens doing their stuff. The group have been voted Baltimore City’s 2000 Best Reggae Band and have been nominated several times in the WAMA (Washington Area Musician Association) awards. Strykers’ Posse received the 2000 Dennis Brown Award at the Washington DC Reggae Music Awards. The group received several citations over the years from the State of Maryland recognizing them for their continued support in the community. Strykers’ Posse a.k.a. We & Dem consist of two sistrens, Ichelle Cole and Yvonne Deane-Hibbert known to many as the East Coast “Queens of Reggae”. As well accompanying musicians.