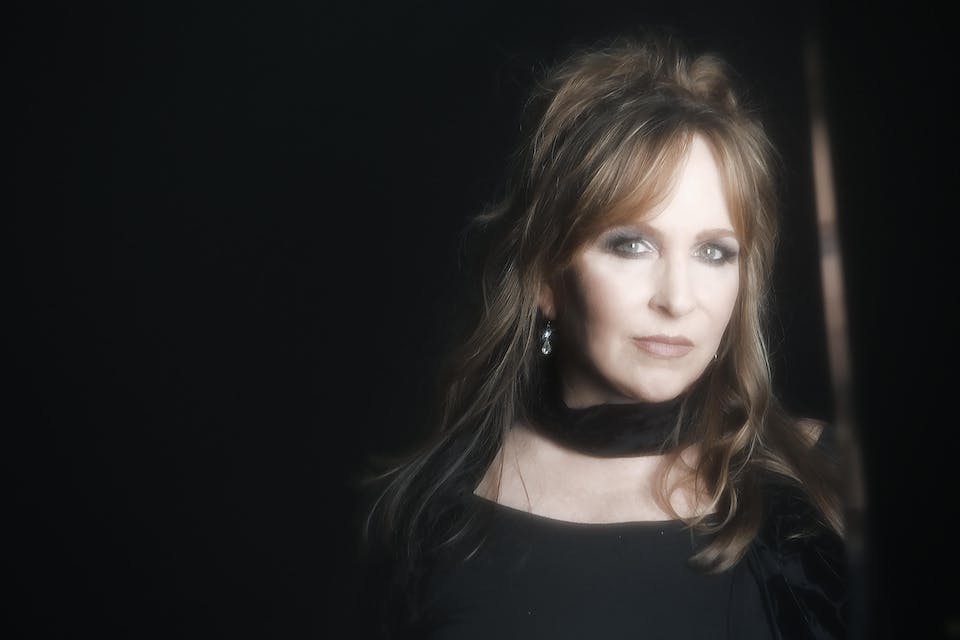 There's a bittersweet beauty to the passing of time -- the changes it brings are just as often heartbreaking as they are heartwarming. The inevitable tension that arises from that sway is Gretchen Peters' most trusted muse. “The years go by like days. Sometimes the days go by like years. And I don't know which one I hate the most,” she sings in “Arguing with Ghosts,” the hauntingly wistful opening cut on her new album, Dancing with the Beast.

Between the melody and the melancholy, the song sets the tone for all that is to come after and lifts the album over the high artistic bar set by her last outing, 2015's award-winning Blackbirds. Written with Matraca Berg and Ben Glover, “Arguing with Ghosts” began, as so many songs do, with one small grain of inspiration. “I think we were initially talking about how Nashville is changing, and Matraca said, 'I get lost in my hometown,'” Peters recalls. “And we went from there. Of course, it took on much more meaning, but I think that our starting point was just that sense of disorientation.”

Whether a single sentence or a simple setting, once planted, even the tiniest seed can grow into a vision unto itself. Strung together and populated with strong and broken female heroines, those vignettes make up Dancing with the Beast and, indeed, Peters' entire discography. “The pictures and the details come first, and I think that's kind of necessary because they're sort of like little bombs of emotion,” she says. “It's like when you pull out a Polaroid that you haven't seen in 25 years, and your heart just kind of explodes because it brings back a whole world.”

Once immersed in a world of emotion, Peters digs underneath to see what's fueling a particular fire, as she does so stunningly with the overwhelming insecurities of female adolescence in “The Boy from Rye.” Knowing very well that most teenage girls endure objectification and sexualization, and their ensuing loss of confidence and power, Peters put her pen to paper and told that story.

"I remember being that age -- summers on Long Island at the beach, the sense of freedom, being with friends, encounters with boys, and the pressure of suddenly being in competition with your best friends.” she offers. “There was a feeling that you’d crossed some invisible line, and gone from being the subject in your own life, to being the object. It's a very treacherous time of life for girls.”

Dancing with the Beast puts female characters at the fore, from teenage girls to old women. And intentionally so. With the 2017 Women's March and #MeToo Movement as bookends to her writing time, Peters knew that a feminist perspective would be the critical core of the record. “Those two events just put everything -- as so many things in 2017 -- in really stark relief,” she admits. “You can trace the feminist DNA in my songwriting back to 'Independence Day' and probably before. The thing that 2017 did is just put it front and center. It was very easy to kind of go to sleep for a while and just not think about that stuff because we were lulled into complacency for eight years.”

Scenery, too, played a part in inspiring several cuts on the LP, most notably “Wichita” and “Truckstop Angel,” both sketches of women doing whatever they have to do to stand up in a world built to hold them down. Once she knew where the songs were set, Peters and Glover dug into the details. “'Wichita' was a lot like 'Blackbirds,' with me and Ben playing detective, like, 'What do you think happened here?'” she says. “I think I had the line, ’I hope I was the last thing that you saw that night in Wichita.' And the next questions were, ‘What happened to this girl? How did we get there?'”

“Truckstop Angel” was an idea originally sparked 20-something years ago by a New Yorker article Peters read about people that lived in the wide open western reaches. “They just kind of went out there to get away from the world,” she explains. “I read this article and I was fascinated, and one of the things in the article was these truckstop prostitutes. And I just never got that out of my mind.” Peters wrote around the idea a lot in those two decades, but never got to the heart of the story until she encountered such a character at a truckstop in Alabama. “This woman -- a girl, really, as I don't think she was more than 17 -- at 1:30 in the afternoon, walks through the lot in five-inch platform shoes and short shorts. And I just thought, 'Oh my God, that's the woman. That's her.'”

A title -- and an election -- were the beginnings of “Lowlands.” Though Peters doesn't consider herself a political writer, she is politically minded and, therefore, knew she had to address the 2016 election and all that has happened since... but in her own way. “I wrote on my chalkboard, 'Tell one little story,'” she says. “I just wrote it there, and I would stare at it for a while.”

Soon enough, the title came, bringing with it both a feeling and a place. “The description of the geography gave me a feeling inside of low clouds and general gloominess, but also the idea of laying low and staying low.” To capture that mood, Peters crafted a multitude of verses, whittled them down, and stitched them together. “It has no chorus. It's nothing but verses. It's very Dylan-esque, in that way,” she says. “I just wanted it to drone on and on. We don't get a break. It's relentless, which is exactly how last year was.”

To further drive the relentlessness, producer Doug Lancio built a foundation of programmed drums and synth drones, elements that purposely pushed Peters to the outer edges of her artistic comfort zone. “We struggled together over how far to go with that kind of thing,” she confesses. “I wanted 'Lowlands' to sound like the sound of dread. But the first mix we had going just didn't feel like me. It had to have some beauty in there, too.”

The final female voice on the album comes from Peters' mother, who passed away in late 2016. “Love That Makes a Cup of

Tea” came out of a dream Peters had of her. “I can't remember what the rest of the dream was, but she, in a reassuring way, held my hand and she said, 'You know, honey, there is love that makes a cup of tea,'” Peters recounts. “She was the kind of person who would show you her love by baking you a pie or knitting you a sweater. She just said that in the dream, and I woke up and I thought, 'Okay, there it is. I'm going to write that.'

“I do remember feeling that I had to try to write something with hope in it,” she continues. “It's not my strong suit. But I wanted that on this record, because I do think there's hope. I do see hope around me. I see a lot of trouble, too, but we have to try to find some light. Those are hard songs for me to write, but this was my mom's gift. She brought that to me.”

Beauty tempered by dread, sorrow buoyed by hope, these are the ever-present tugs of war that make life worth living and songs worth writing. And they are the over-riding themes that make Gretchen Peters one of her generation's most compelling singer/songwriters. 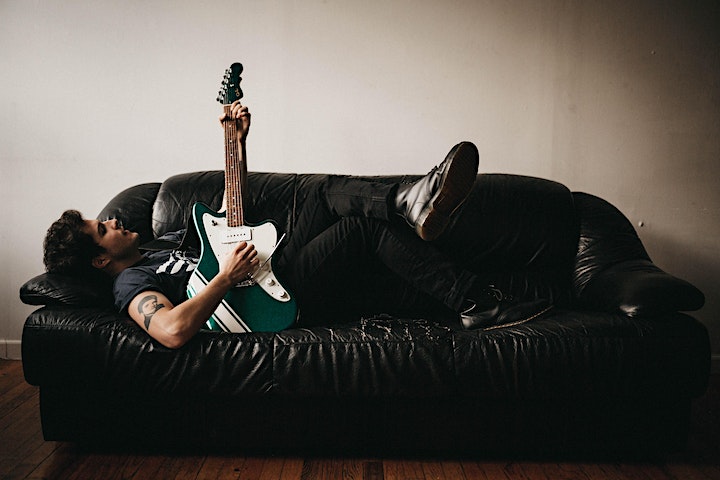 Hailing from the Red Roof Inn, the driver's seat of a Honda Fit, the floor of the airport, the guest bedroom at your Aunt's and Uncle's house, the back seat of a 15-passenger van, and New York City, Brian Dunne is the companion you never knew you wanted. Equipped with a Telecaster, a Gibson Hummingbird and 17 dollars, he is coming to your town to play his guts out and then stand by the merch table.

"Bug Fixes & Performance Improvements" was produced by Brian and released in May of 2017 independently. It garnered a great deal of attention based on the quality of the songwriting and musicality, landing Brian on NPR's Mountain Stage and 2017's Cayamo Cruise, and tours with The Secret Sisters, Will Hoge, Rosanne Cash, Robert Earl Keen, Joan Osborne, Delbert McClinton, and a myriad of other songwriting heavyweights. The first two singles were picked up by SiriusXM radio, and if you visited a shopping mall during the spring of 2017, you probably heard the lead single "Don't Give Up On Me" being interrupted by an announcement that someone had lost their kid at the food court.

Brian followed the release of "Bug Fixes" with a live EP of stripped-down versions of previously released songs entitled “The Timber House Sessions”. In early 2019, Brian returned to the studio to begin his next LP with producer Andrew Sarlo which is slated for release sometime before we're all dead and expected to be "totally the most amazing thing you've ever heard," according to Brian's mom. In the meantime, his newest single "New Tattoo" has been played extensively on XM radio and become a huge hit amongst a very niche group of people that fly JetBlue and frequent Starbucks.