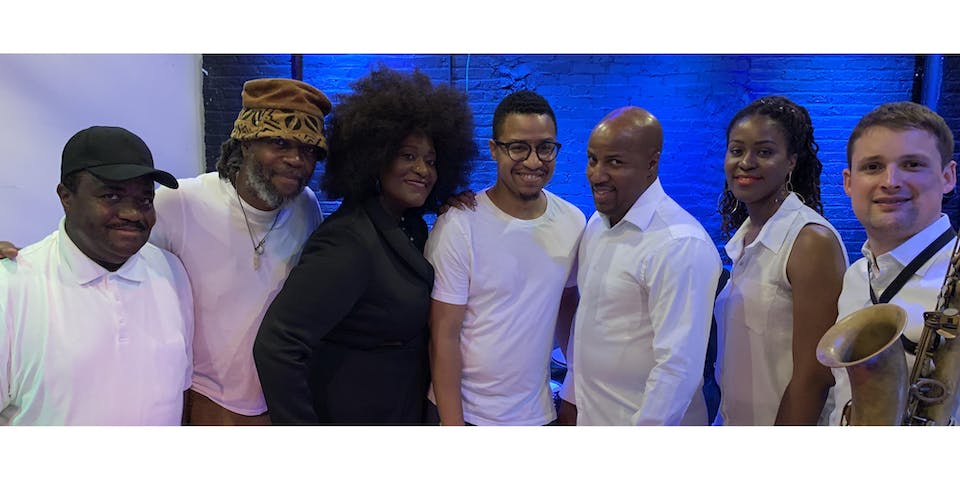 L. A.’s musical career is no accident, she was raised among musical royalty; her close relatives were the multi-Grammy winning Staple Singers

L A Young is an audience pleasing, totally engaging vocalist whose emotion packed delivery brings audiences to their feet and tears at their hearts. L. A. and her talented band, The Unusual Suspects, delivers R&B, blues, funk, jazz, Motown, alternative, and classic rock; a crowd pleaser, L. A. appears at festivals, elite clubs and corporate events.

L. A. recently had the #1 hit song, No One Can Love You More, charting on FM radio across the UK and the EU for ten weeks after fifteen weeks at #2. Now in the top 10 UK FM charts for over 30 weeks, she currently has two hit songs in the UK fm top 5.

L. A. has been working on a major project--The Phyllis Hyman Experience, a multi-media musical biography (part tribute concert and part theater) of the late, great Phyllis Hyman—debuting earlier this year to rave reviews. She is currently in the studio recording tracks as lead vocalist with a renowned British band covering songs from Grammy winning artists such as Tom Jones and Roberta Flack as well as recording several originals.

L. A.’s immense talent hasn't gone unnoticed: She was invited to perform at President Clinton's second inaugural, for the Mayor of Baltimore, the Governor of Maryland and the Baltimore Marathon. L. A. appeared on stage at the Annapolis Blues Festival with the late, legendary Koko Taylor . L A has been headlining music festivals and has opened for international acts including After 7, Eric Roberson and Kayka Waters. L A has appeared at venues including the Horseshoe and Hollywood Casinos. L. A. has recorded in the studio with members of the great jazz band, Pieces of A Dream.