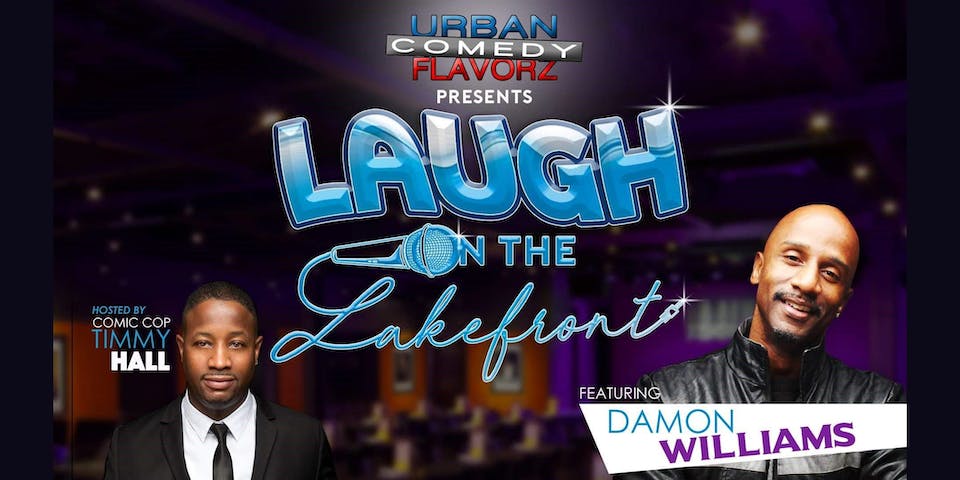 A true standup comic is the only way to describe the 22 year veteran Baltimore City Police Officer, Timmy Hall. With an original style, setting him apart from the rest, Timmy brings that part of his lie onto the stage in a manner that can only be described as pure genius. Known around the country as the "Comic Cop: he has been referred to as the next best thing to hit the comedy scene.

Timmy's high energy, witty material will have you laughing from the time he hits the stage until he says goodnight. Having been performing standup for more than 20 years, he's also a seasoned, eteran comedian, who has truly earned the trespect of some of the most top rated comics in the business. Timmy has appeared on BET'S Coming to the Stage, One Mic Stand, and Comic View, as well as HBO'S DEF COMEDY JAM. He has also performed in some of themost famous comedy clubs throughout the country.

In September 2015, Timmy joined the team of one of the most prestigious broadcasters in the country, as a cohost of the Donnie Simpson radio show on Majic 102.3 in Washington, D.c. If you enjoy standup comedy, sit down but don't dare relax and witness true live comedy at its finest. s

Damon Williams is a former Subway sandwich shop owner from Chicago began his career at All Jokes Aside Comedy club. Damon can be heard weekly on the nationally syndicated Tom Joyner Morning Show doing the hilariously funny SERIOUSLY IGNORANT NEWS. Damon's numerous television appearances include BET's Comicview annually since '94 including his own one hour special. He's been featured on BET LIVE,Comedy Central's Premium Blend, The Joyner Skyshow on TV ONE and HBO's P Diddy's Bad Boys of Comedy. Williams even hosted several episodes of the legendary Showtime at the Apollo formerly hosted by TV star Steve Harvey. In 1999 Damon performed for over 300,000 fans as the opening act for the highly successful Kings of Comedy Tour, establishing him as one of the elite comics in the nation. Damon is a veteran of The Us Comedy Arts festival in Aspen. Damon headlined the Cedric the Entertainer Comedy Revue. Damon is a crowd favorite on the college, club and concert circuit. Damon also performs internationally with regular appearances in Canada with stops in Vancouver, Montreal and every long weekend in Edmonton. Damon was recently featured on The Real Deal Comedy Jam, which airs in the UK. Williams can be seen on the current season of HBO's Def Comedy Jam. Look out for a ground breaking set on the new season of Martin Lawrence's 1st Amendment Stand Up as well as Comics Unleashed. His material is universal and there's something for all ages. His popularity has provided him the opportunity to work with some of the biggest stars in the business and also as host for a campaign brunch for then US Senator Obama. Some of these stars include Aretha Franklin, Pattie Labelle, Luther Vandross, Ray Charles, Harry Belafonte, Chris Rock, James Brown, Jamie Foxx ,Little Richard and even President Barack Obama. The monthly comedy shows he produced for the House of Blues came about after one appearance on the Jenny Jones Show. He was contracted to write, perform, and produce over 50 episodes. His starring role in the hit musical comedy tour "Laughin' on the Outside, Cryin' on the Inside" generated standing ovations every performance. And finally, Damon maintains his monthly comedy showcases in Chicago (FunnyFirstSaturdays.Com) A star on the rise, his motto is "Don't stop and Don't quit"!!!