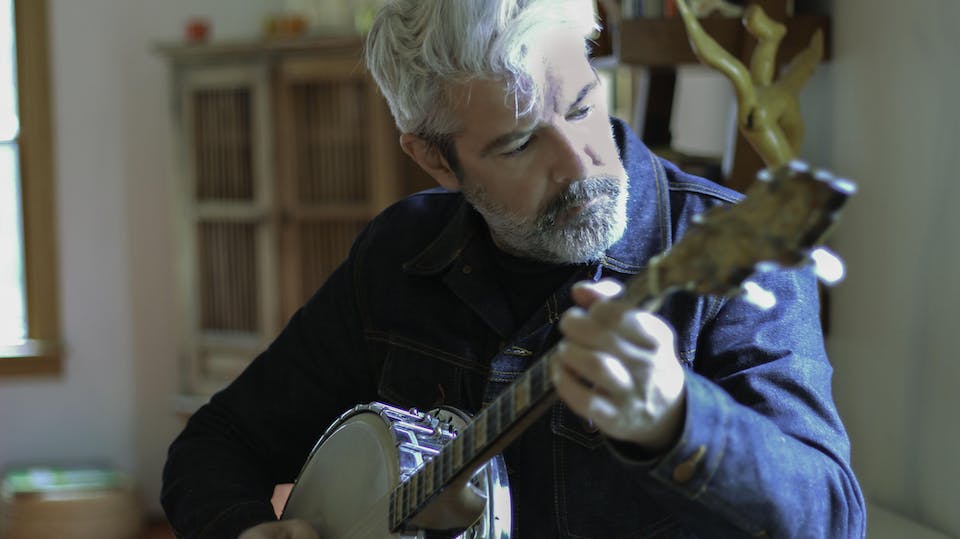 For over twenty years, Philadelphia’s Seamus Egan blazed a new trail for Irish music in America. At the head of the supergroup Solas , he toured the world and pushed the music in new directions, incorporating complex arrangements, stunning virtuosity, and elements of global and Americana music. His work defined Irish music for multiple generations and set a benchmark that still hasn’t been matched. As a composer, Egan put his stamp on film soundtracks, symphonic collaborations, and, most famously, co-wrote Sarah McLachlan’s smash hit, “I Will Remember You.” But what happens when a trailblazer needs to take a step back? Egan found himself asking that question when confronted with two major life changes: his band Solas went on hiatus, opening up more time for his own music making, and he moved from his long-time home in Philadelphia to rural Vermont. “Both things coalesced not by design,” Egan says, “but they came together at the same time. I liked the symmetry of it.” Holed up in his Vermont cabin, Egan finally had time to go through tunes and melodies he’d composed over the years. Inspired by this time alone with his music, he enlisted close friends and collaborators to make a new album of entirely instrumental music, Early Bright, to be released January 17, 2020. Throughout, the goal of Egan’s new work was to reweave the threads of the Irish roots music he knows so well with a more compositional perspective, drawing from classical influences like Bach, Segovia, Icelandic composer Jóhann Jóhannsson, and modern composers like Meredith Monk and Philip Glass.

Early Bright marks Seamus Egan ’s first solo album in twenty-three years, following on the heels of his groundbreaking 1996 instrumental album When Juniper Sleeps . Much has changed since then, back when he was known for the blazing pyrotechnics and jaw dropping virtuosity of his first incarnation as a precocious child prodigy in the tradition. “What does virtuosity mean now?” he asks. “I think the most important thing to me is the musicality of something. That’s always been important, but it’s the conveyance of understanding and hopefully a little bit of wisdom in the note chosen and the space that’s left between notes. When you’re younger, you’re bursting with energy and you want to get the notes out! I think that as time goes on, you start to pull back a little and you realize you can say the same thing without as many notes. It can be just as impressive, just in a different way.” Egan was always known for his abilities on a wide variety of instruments, winning multiple All-Ireland Championships while still a teenager, and Early Bright sees him shining on these many instruments again, playing tenor banjo, nylon string guitar, low whistles, mandolin, keyboard, and percussion. And though he’s got a wiser outlook on the music now, his whistle playing “Tournesol” and his nylon string guitar on “B Bump Bounce” still race effortlessly around hairpin musical turns that would trip up any other musician.

From the first, delicate opening notes through to the melancholic, yet hopeful, closing track, Early Bright , showcases the virtuosity Egan has become renowned for, while also bringing his superb original compositions to the fore. He has written music inspired by childhood memories and ruminations on our yearning to connect and our need to be heard. The new album gave him a space to dive into his own vision of the music, unencumbered by a large band. “I had a strong notion of where I saw the arrangements going,” he says. “After making so many albums with the band you get in a sort of pattern. There’s a comfort in that, but sometimes you can fall into a rut as well.” With Egan returning to a focus on composition and arranging, the cohesiveness behind each track is all the more impressive since he doesn’t read or write music. Having learned entirely by ear as a traditional art, he brings a more organic view to composition than most classical composers. Joining Egan on Early Bright are renowned guitarist Kyle Sanna , New England bouzouki player Owen Marshall, vocalist/accordionist Moira Smiley, bassist Joe Phillips , and Juno award-winners The Fretless String Quartet, with string arrangements by Scottish harpist Maeve Gilchrist .