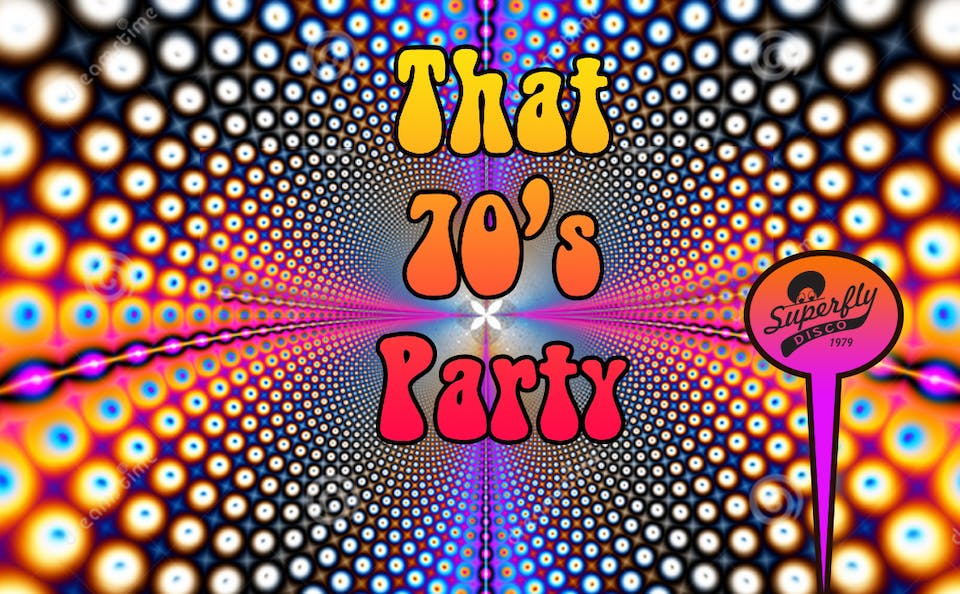 That 70's Party with Superflydisco

iCal
Google
The ultimate 70's dance party returns to The Soundry with SUPERFLYDISCO!

THAT 70'S PARTY WITH SUPERFLYDISCO - TICKETS

THAT 70'S PARTY WITH SUPERFLYDISCO

Are you ready to dance to the disco classic of the 70's???

Do you still have that polyester body suit that turns heads faster than a stopwatch???

Rather than celebrating a specific act or persona, Superflydisco pays tribute to the era of 70's funk/disco surrounded by glitter, disco balls and bell bottoms.

People have described SFD as "the modern day love child of Sly & The Family Stone, Rick James and The Bee Gees”. They've been serving this particular flavor since 2005 and over the years, the roster of players has been a virtual "who's who" of the Northeastern Region's pro musician circuit. These players have shared the stage with such artists as Prince, The Ohio Players, Earth, Wind & Fire, Rick James, Whitney Houston, Gloria Gaynor and many many more...

Superflydisco is just what you need to bring that party to the next level!

A 10-peice live band with horns playing all the funky disco 70’s hits that create an energy that’s nearly impossible to resist.

Picked out that afro?

This show will invariably become a costume contest to see just who has the most disco-luscious flare!!! So BRING IT!!!!