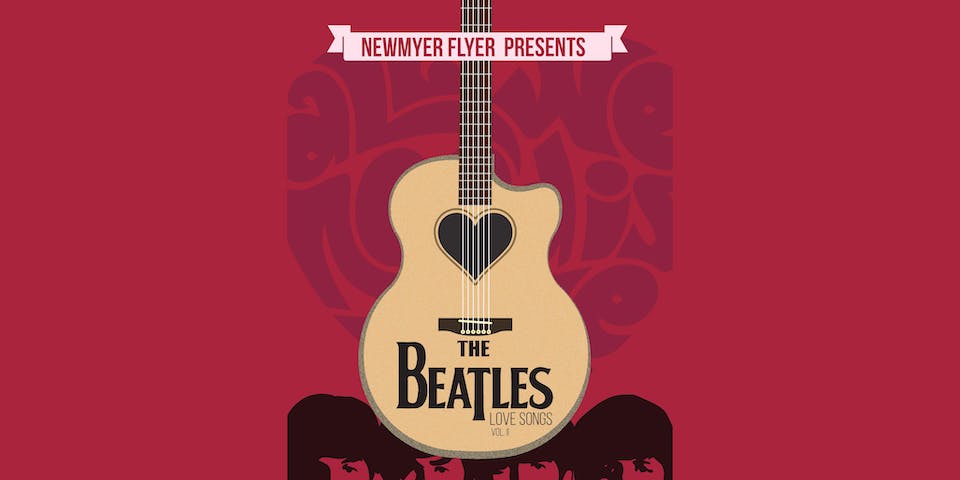 The Beatles Love Songs Vol 2 features Todd Wright, Tom Lofgren, Cal Everett, The Lofgren Brothers (Tom, Mike & Mark), Chuck Sullivan & Ronnie Newmyer as they take on the fab four’s epic catalogue of songs celebrating love in its many splendors and guises. These performers first came together for BandHouse Gigs two night tribute to the British Invasion at Strathmore in 2010. It was evident during those shows and at a dozen other performances since, that a very special chemistry was at work when their voices blended perfectly around the unmistakable Beatles harmonies. The icing on the cake was the abundant wisecracking humor and joy that they shared with each other and the crowd as they performed one amazingly on target Beatles classic after another.