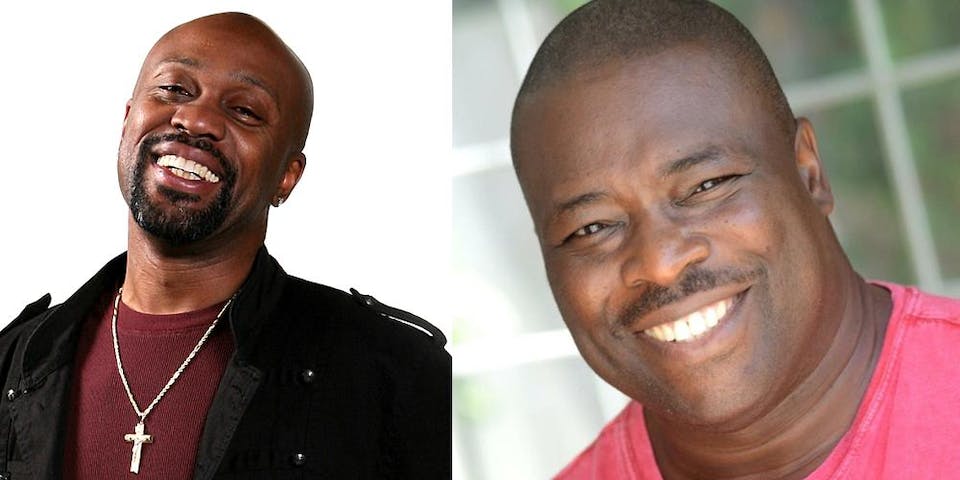 iCal
Google
Join us at The Soundry on the Third Thursday of the month for and evening with some of the DMV's best comedians!

From Silver Spring, Tony Woods is a one-of-a-kind comedic legend that is always in control of his audience. His playful and cool demeanor, mixed with his sharp and sometimes mischievous routines, create a show entertaining at every level.

A seasoned veteran in the comedy business, Tony is recognized not only by fans but by his peers as well as one of the best and most engaging comedians to get behind a microphone. His endless list of credits include Chappelle's Show, Comedy Central 1/2 hour special, HBO's Def Comedy Jam, P. Diddy's Bad Boys of Comedy, Showtime at the Apollo, BET's Comic View, and the USO tour. Tony was recently featured on the Funny or Die Oddball Comedy Tour.

Reggie Ballard is the comedian, actor and writer probably best known as "Bruh-Man from the fifth flo'" in the Fox sitcom Martin, He was featured in the Mario Van Peebles's movie Panthers and his extensive movie and TV credits include Horrible Bosses, Menace II Society, The Bernie Mac Show, The Blexicans, Samuel Adams, According to Him + Her, Weeds, Bones, Kony Montana and many more.

Since college, Reggie has performed in numerous stage plays as well as co-star and guest starring roles in film and television. His most celebrated appearance was in the hit TV sitcom Martin, where he created the character of BROTHER MAN, or Bruh-Man. He has also had guest-starring roles on Sister-Sister, True Colors, and Words Up (an after school special with Kadeem Hardison).