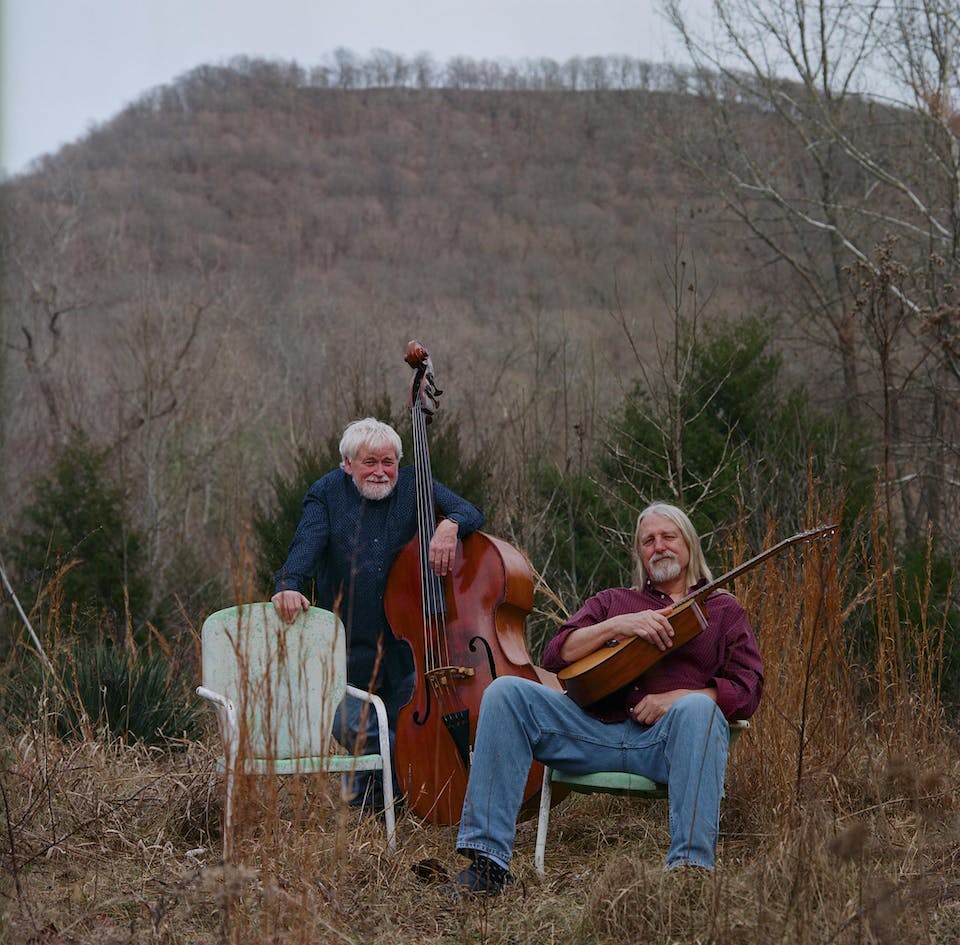 iCal
Google
An Afternoon With Trout Fishing In America

Keith Grimwood and Ezra Idlet formed Trout Fishing in America in 1979 as a means of survival. As a part of the Texas-based five-piece band St. Elmo’s Fire, they traveled to California to be discovered and signed by a major record label. When no such opportunity arose, and the promising tour dissolved, Keith and Ezra peeled off from their bandmates to fend for themselves. Busking on the streets of Santa Cruz with an acoustic guitar, and an upright bass, the pair quickly learned that engaging listeners instantly was the only path towards dollars and coins in the open guitar case. When entry in a music contest required them to have a name for their new band, they chose Trout Fishing in America as an homage to Keith’s love of writer Richard Brautigan and Ezra’s love of fishing.

After their return to Texas, they continued performing as a duo, landing gigs in the southeast United States. For a band comprised only of a guitar, a bass, and two vocalists, Keith and Ezra could sonically fill whatever space they played. Trout’s genre-defying musical style and unique stage presence did not lend itself to standard marketing strategies so their following developed through word-of-mouth recommendations from fans and club owners. No one could explain what kind of music Trout played but would also tell you that theirs was not a show to miss.

Not wanting to wait for a record label’s attention, they formed their own Trout Records label in the 1980s and released two vinyl albums and two cassettes. Drawing inspiration from childhoods spent listening to top-40 AM radio, the two songwriters seasoned their music with stylings from rock and roll, blues, folk, country, bluegrass, funk, Latin, and reggae…whatever sound would best bring out the flavor of the lyrics they wrote. From the beginning, they were a song writing team with Keith primarily being the lyrical generator while Ezra developed the music. Their collaborative natures allowed them to edit each other’s contributions without egos clashing.

Through hard work, strong musicianship, solid friendship, supportive families, and a genuine ability to connect with their audience, Trout’s homegrown success and appeal exploded in the 1990s. This led to regular touring throughout the US and Canada in their infamous red truck, Robert RedFord. They retired The Red Truck in 1997 after accumulating over half a million miles. The 1990s ushered in the era of compact discs and Trout released 9 more albums from 1990 – 1999 on their label. They were nominated for Grammy awards in 2001, 2004, 2006, and 2008. In late 2018, Trout released “The Dusty Dozen”, an album of 12 digitized, remastered songs from their first four projects from the 1980s. In early 2019, they will release “Trout Fishing in America, Live At The Epic Theater” which is their first live album recorded as a duo rather than with supporting musicians. Later in the year, they will release a “40 Years of Trout” retrospective double album which will include songs from their catalog re-recorded from their current points of view.

At the forty-year mark, these two friends continue writing songs and performing. Ezra has added an electric banjo and an electric bouzouki to his stage instruments. Keith has added the fiddle. It is not unusual for three or four generations of a family to show up at a Trout performance and this is a point of pride for both Keith and Ezra. It may still be impossible to tell you what kind of music Trout plays, but after attending a show, you’ll know exactly what you’ve witnessed: two guys who still love what they do and are excited to share it with you.